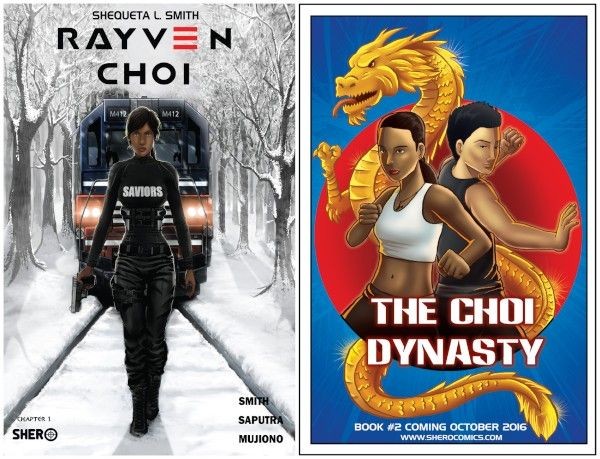 The learning curve for self-publishing a graphic novel is steep. After writing the first book of her planned six-part series and collaborating with artists, colorists, and letterers, Smith was ready for the publishing process. One of the surprises was learning that the print and digital editions of her book required different types of formatting: color printing requires files in CMYK mode, and digital requires RGB. This meant a last-minute scramble to reformat the digital edition. Choosing how to publish the print edition was another consideration. Publishing in color on CreateSpace was too costly, says Smith. Plus, she felt that the platform catered to black-and-white, text-based publications rather than graphic novels. 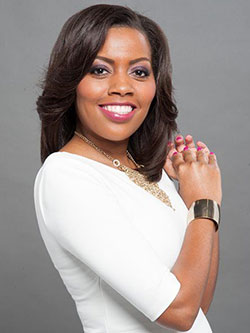 “I wanted to find a company that specialized in printing comics since I felt like they would be able to address any issues that we may have overlooked,” Smith says. She opted for Texas-based Litho Ninja, which does just that. Smith then hand-sold the printed books into traditional comic book stores around her home in Los Angeles, as well as more unusual outlets. “I have books for sale in pharmacies and newsstands and even in women’s beauty supply stores,” she says.

The first step in her publicity plan was a trailer for the series. Smith already had experience writing and directing; her short The Gestapo vs. Granny was a finalist in HBO’s Project Greenlight competition in 2015. She planned to use the trailer to introduce comic book fans to the series.

Smith has since expanded that effort into a short 14-minute film. “I really thought that having a great trailer would help push book sales, but that hasn’t happened, at least so far,” she says. The discrepancy between trailer views and book sales is something that Smith hasn’t figured out yet—although she says she often gets inquiries from readers and viewers wondering about a feature-length film.

Next came outreach to real comic book enthusiasts, which meant launching the second book at Stan Lee’s Los Angeles Comic Con in October. Smith says the response was encouraging, particularly from women readers. She recalls meeting a group of girls who were on the hunt for female superhero characters, but who were discouraged to discover the creators were all men. “Their question was: where are the women who are creating these strong female characters?” Smith says. “By the time they arrived at my table, they were both excited and relieved to find a woman who was telling a story about a strong and powerful woman.”

Smith has also sent copies of her book to authors she admires, as well as to public figures such as Michelle Obama. “My strategy for Rayven Choi is to turn her story into a property that is just as big as a Hunger Games or Divergent,” Smith says.

By accepting you will be accessing a service provided by a third-party external to https://lithoninja.com/